The Circuit Court is the state's court of general jurisdiction. It has a civil court, the Court of Common Pleas, and a criminal court, the Court of General Sessions. In addition to its general trial jurisdiction, the Circuit Court has limited appellate jurisdiction over appeals from the Probate Court, Magistrate's Court, and Municipal Court, as well as appeals from the Administrative Law Judge Division, which hears matters relating to state administrative and regulatory agencies.

The Court of Appeals was created to hear most types of appeals from the circuit court and the family court. Exceptions are when the appeal falls within any of the seven classes of exclusive jurisdiction listed under the Supreme Court.

The mission of the Crime Victim's Ombudsman is to attempt to ensure that all crime victims are served justly, equitably, and fairly by South Carolina's criminal justice organizations. The Crime Victims' Ombudsman provides three main services: refers crime victims to appropriate agencies, provides liaison services, and reviews and attempts to resolve complaints against elements of the criminal and juvenile justice systems or victim assistance programs. The Crime Victims' Ombudsman is an impartial third party that is neither an advocate for victims nor a defender of bureaucracy.

Magistrates generally have criminal trial jurisdiction over all offenses subject to the penalty of a fine, as set by statute, but generally, not exceeding $500.00 or imprisonment not exceeding 30 days, or both. In addition, they are responsible for setting bail, conducting preliminary hearings, and issuing arrest and search warrants. Magistrates have civil jurisdiction when the amount in controversy does not exceed $7,500.

Who is your local Public Defender? Find out here.

The Supreme Court is the highest court in South Carolina. The Court is composed of a Chief Justice and four Associate Justices who are elected to ten year terms by the General Assembly. The terms of the justices are staggered and a justice may be reelected to any number of terms.

Learn the Law with Clark

We have online classrooms to help you learn how to represent yourself in court.

Legal problem not in South Carolina?

Find legal help in other states. 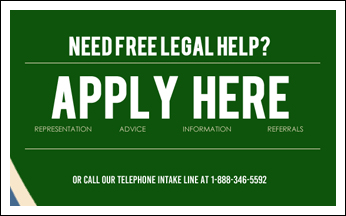